Last week, I was sitting on my porch, enjoying my coffee and the fall morning, preparing myself for the day ahead. Over the porch fence, my neighbor calls over to me:

“Eli, you know things about that transgender stuff… I have a question. When does Caitlyn Jenner become transgender? I mean, since she hasn’t had the surgery yet, isn’t she still a man until she has the surgery?”

While I was initially annoyed about the interruption of my morning coffee, I reminded myself that my neighbor was asking a genuine question, and going out of his way to learn and understand the experiences of transgender people.

Since Caitlyn Jenner’s interview with Diane Sawyer and big reveal on the cover of Vanity Fair, I have been asked some form of this question in just about every training I h

ave conducted and every class that I have taught. The people who are asking this question are usually genuinely curious and confused, and inÂ their own ways are trying to be supportive. Â For those of us whoÂ have a lot of knowledge or personal experience with transgender identities and experiences, it can be hard to remember just how overwhelming all of the informationÂ can be when you first learn about it. For some people, it is asking them to reconsider everything they have ever been taught about gender.

When answering questions like my neighbor’s, it can be really useful to try to ascertain the intention behind the question. A person’s tone of voice can give quite a lot of information — if someone is speaking in nasty or mean tone, it is likely that they are trying to make a point rather than ask a question. Someone who is genuinely curious or seeking understanding is more likely to speak more slowly, stumble to find the right words, and sometimes will seem a bit embarrassed about not knowing the answer. The latter is usually trying to piece together the information that they previously held with new information being provided by the media, and is struggling to make sense of everything.

In response to my neighbor, I reminded him that we had no idea what surgeries Caitlyn has or has not had, and then explained tha 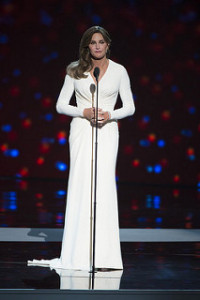 t when someone says that they are transgender, we believe them and then use the name, pronouns, and markers that are consistent with their identity. Â I went on to explain that part of the reason that we don’t wait until people have surgeries to change those markers is because, unlike Caitlyn Jenner, most people don’t have the financial access to have surgeries at will, and since a vast majority of health insurance does not cover medical transition, it places a really unfair burden on the transgender person who doesn’t have the means or access to have those surgeries. Â He thanked me and then said that he had been wondering about that question for a while.

I didn’t include these talking points because this wasn’t a formal training, and I didn’t want to overwhelm him with information. Â I knew that he was really trying to learn and I wanted to support that. Sometimes in our excitement (or annoyance) to answer questions, it is easy to provide more information than a person can really absorb in that moment. This can lead to increasing a person’s confusion, rather than helping them to sort things out in a trans-affirming and positive way. So instead of including all of theÂ information that I could have, I told him to let me know if he had other questions and that I would be happy to answer them after I finished my coffee.

I think that it is safe to say that with the increased media attention about transgender people, particularly Caitlyn Jenner, a lot of people have questions about transgender people’s identities and experiences. Â Unlike my neighbor, most people don’tÂ have a transgender scholar next door to turn to for accurate and affirming information and are left to getting information from peers who may not have accurate or affirming information. A majority of people will never have the opportunity to take a formal training or class on the topic – but that doesn’t mean that there isn’t a desire to learn.Â As educators, advocates and allies, it’s important to remember that our work goes well beyond the classroom, and to look for these everyday opportunities to contribute toÂ a world that is more understanding and affirming of transgender people! 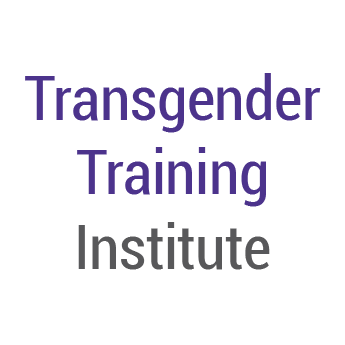